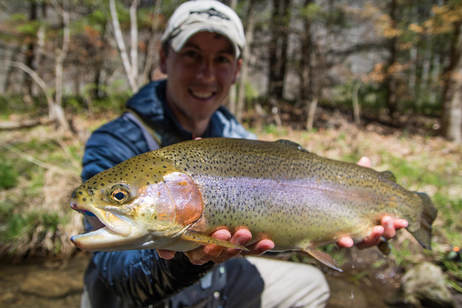 My name is Jeffrey Konst; I am the operator/head-guide for Upper Creek Angler and a proud new member of Team Stonefly.  I began fly fishing in 2011 and guiding in 2013 which I did off and on while getting my degree at the University of North Carolina at Chapel Hill.

My passion for fly fishing really took off after being introduced to Euro nymphing tactics by John Zimmerman and I quickly realized it was the future of fly fishing.  I began competitive fly fishing in 2015 and won my first competition in 2017 (Causby Classic). I enjoy targeting all species of fish including striper, carp, redfish, and musky but my favorite species to go after is brown trout.   I am also the current Vice President of the Table Rock Trout Unlimited chapter and overall I enjoy all things outdoors!